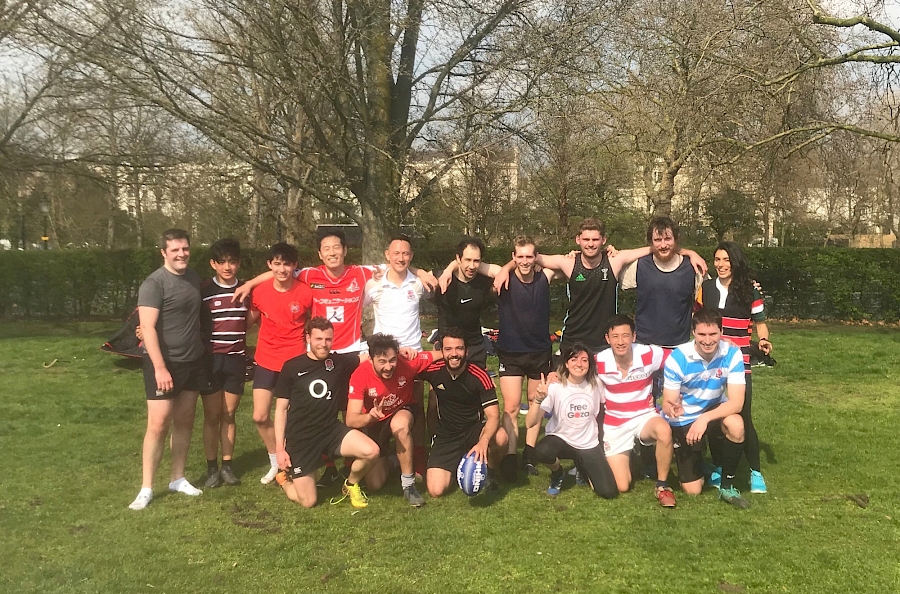 On 20 September the rugby world's focus and fans will shift to Japan as the Rugby World Cup kicks off for the first time in Asia. A premonition of that shift took place four years ago when Japan beat South Africa in Brighton during the 2015 World Cup, probably rugby's biggest upset in living memory.

Rugby has traditionally been a niche sport in Japan, although with the upcoming World Cup could break into the mainstream. Nonetheless, rugby's cult-like following has generated a rich and proud history. A great place to see that history come alive, from the amateur era to the present day, is at London Japanese Rugby Football Club (LJRFC).

On an unseasonably warm spring Saturday, I joined LJRFC for a training session in Regents Park. "The club was started in 1979 by just four people," Will Megone, former captain and current player-coach, tells me. One founder was Watanabe-san, still proprietor of the popular Yoisho izakaya in Fitzrovia.

During the 1980s boom years as Japanese companies sent increasing numbers of people overseas, London's Japanese community grew and with it the ranks of LJRFC swelled, including with some of the great names of Japanese rugby.

"In fact, I'm pretty sure both Japan's captain and coach at the first rugby World Cup [in 1987] were part of LJRFC at some point," Will says.

Rugby Union was nominally amateur until 1995. Top players in Japan played for the teams of the companies they worked for (a set-up which has endured even through the advent of professionalism), which meant if these players were transferred to the UK many ended up joining LJRFC. Satoshi Takehana, the club's longest-serving member, tells me the number of cap holders who've played for LJRFC over the years is "ridiculous", particularly in the 80s. Not limited to Japanese, this includes even Malaysian and Barbados internationals!

Now as then LJRFC remains a key part of London's Japanese community, and these days things are very much social and family-orientated.

About 20 members, male and female, were training that day: a mixture of Japanese people working or settled in the UK, people of Japanese heritage in the UK and others, many of whom had some connection with Japan (including other ex-JETs). Will explained that many Japanese members were away playing in the Sakura Tulip Cup – an annual fixture where a European Japanese side takes on a Dutch team in Amsterdam. Similar events take place in Dusseldorf and Paris each year, with even Japanese ambassadors sometimes making a run out in such fixtures!

"When I started, we used to have more older Japanese guys, lots of guys in their thirties," Will explains. "It was always a mix, but as the Japanese community has diminshed a bit, we've brought more other people and mates in. We've also got lots of people learning the game." During training a couple of people's kids played on the sides. One older members points out a couple of other current players who actually graduated from this 'rugby creche' and now play for LJRFC!

Given the ethos of the club, the fixture schedule is made up of friendlies rather than playing in a regular league. Recent results include solid wins against Barnet and Hackney and a more difficult day at the office against London Business School. Will explains the level of fixtures aims to give everyone a chance to play, including those newer to the game. Although training is in Regents Park, home matches are played at Wasps Amateurs RFC, near London's biggest Japanese community in Acton.

A key fixture each year is the Oku Cup, played in memory of Ambassador Katsuhiko Oku, a great champion of Japanese rugby who was tragically killed in Iraq. The Oku Memorial Trophy has been contested by LJRFC and Kew Occasionals RFC since 2005. Oku played for both clubs, and was also the first Japanese player to play for the prestigious Oxford Blues. Other sides with a connection to Oku (including Waseda University and Oxford's Hertford College) are also involved some years with the Japanese Ambassador to the UK typically presenting the trophy.

Bringing things full circle, LJRFC are going on a September tour to Japan to coincide with the Rugby World Cup. Two tournaments are planned so far in the Tokyo area with more fixtures to follow.

Back in Regents Park, mercifully for my already less than effective shoulders, training that day involved no contact; instead, a celebration of Japanese-style running rugby in the spring sunshine. Befitting the social nature of the club, and after much huffing and puffing on my part, this was followed up by a pint of beer in the pub! LJRFC enjoys its 40th anniversary this year, and from starting with just four people in 1979 Japanese rugby in London certainly seems alive and well.

If you are interested in playing for London Japanese RFC or learning more about the club's storied history, please visit their website. 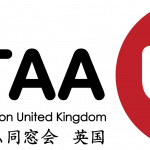 Get Involved With A Variety Of Roles At JETAA 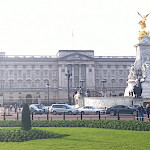 The royal collection of Japanese artefacts to go on display at Bucking... 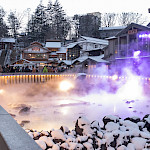 JETAA December 2021 Events Round Up

Assistant/ Engineer of the Building and Prope[...]